Brendon and Toby had big dreams and an idea turned into a plan and a small spark ignited a small crowd-funding effort which snowballed into substantial community support enabling this life-time dream become a reality.

Noticing a lack of a publically accessible shooting range in southeastern Massachusetts, the pair began the brainstorming process which was put into motion in the Fall of 2012. With their combined business acumen and firearms passion they methodically researched ranges and stores throughout the US and developed a solid business plan with laser-focused financial and market forecasts.

The local lenders were given first right of refusal but were reticent on the firearms-themed business model. Bricklin and Leary’s pitch was that they were importing a validated business model into virgin territory, but the locals remained skittish. Through an industry contact they were put in touch with an SBA lender out of Wisconsin who had funded numerous ranges and merrily funded the project.

It didn’t happen overnight. In fact it took years of hard work and building up the venture in steps, the first being a small leased space on Barnstable Road in Hyannis. After getting established in late 2013 there, the business moved next door into a former bank building, then next door to that next to a hair salon.

The company’s fourth location is where they currently own and operate the business in 20,000 square feet of commercial space at 96 Airport Road Hyannis. Bricklin and Leary have been committed to operating the business to the highest standards possible with a focus on Passion, Integrity, and Excellence. They are committed to providing both citizens and law enforcement personnel with a high-quality place to be trained, equipped, and educated in a safe, clean, and professional environment. 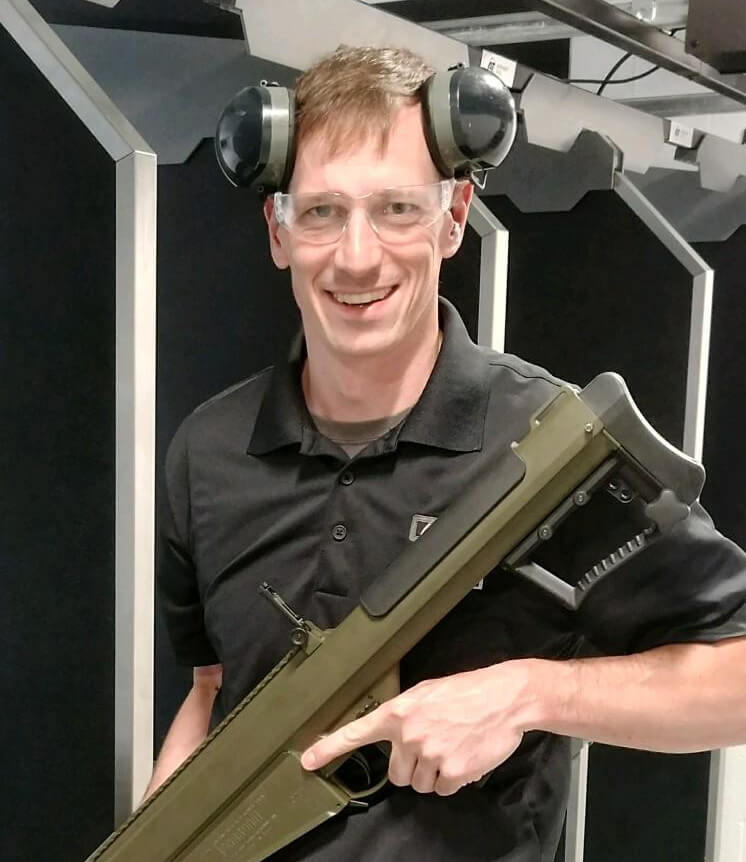 Toby is the president and co-founder, with business partner Brendon Bricklin, of Cape Gun Works in Hyannis, Mass. He was first introduced to shooting at the age of 12 through the Boy Scouts of America. Although firearms were not welcomed in his household growing up, he was able to participate in target shooting and hunting activities, which fed his hunger for all things firearms. The hobby grew into a way of life. His passion deepened until, on his 18th birthday, he walked into the local police station to get his license to carry. Right away he saw the need for an indoor public shooting range on Cape Cod, and the seed was planted. Toby is now carrying his love for firearms, self defense, and the Second Amendment into making that important business venture thrive. Toby Leary Fine Woodworking has been hired by luxury homeowners on the Cape and islands for 20 years. When Toby is not helping a homeowner plan their kitchen remodel, he’s helping someone select the right firearm and equipment at Cape Gun Works Pro Shop. Toby and his wife, Justine, live in Hyannis with their three children. Stop by and meet the legend.

Brendon was introduced to firearms and hunting by his Uncle John. At a young age Brendon and John would traipse all over the once-vast forest of Pine Hills in Plymouth, Mass. in search of whitetail deer. As Brendon scaled the ranks of corporate America, his enthusiasm for the shooting sports remained a prominent hobby. Armed with a couple business degrees and years of corporate experience, it came time to parlay that success into a new venture with his friend Toby Leary, bringing his love of shooting and hunting front and center. He left the corporate world and never looked back. It’s hard for Brendon to call running and co-owning Cape Gun Works “work” when he enjoys the venture with that much fervor. Brendon has two boys and resides in Osterville. 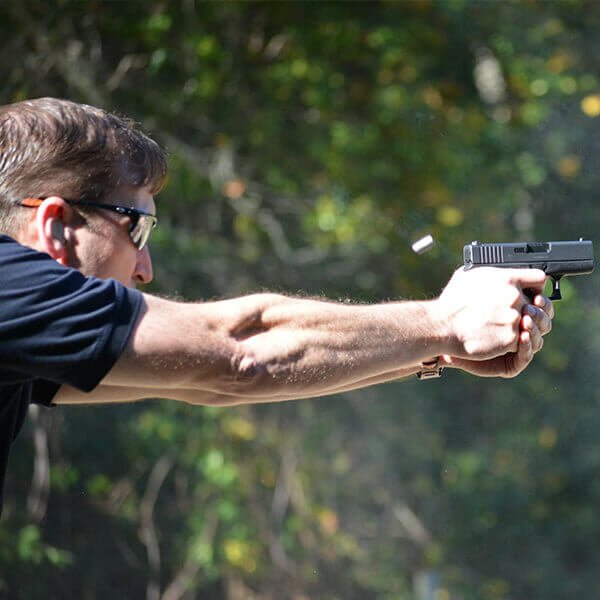